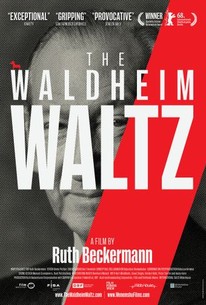 "Waldheim no, Waldheim no" shouts a crowd in the center of Vienna in 1986. Ruth Beckermann was one of the activists trying to prevent the election of Kurt Waldheim and documented the political events with her camera. More than 30 years later she goes back into her own archive and additionally uses international TV-material to analyse this turning point in Austrian political culture. The film shows the tangled web that former UN Secretary General Kurt Waldheim became ensnared in by concealing two years of his wartime biography. It shows the swift succession of new allegations by the World Jewish Congress against him, the denial by the Austrian political class, the outbreak of anti-Semitism and patriotism, which finally led to his election. Austria was highly successful in practising the deception on itself and the world that it had been the first victim of the Nazis. Despite the fact that a whole generation knew the truth, this image of innocence was serially reproduced in official speeches, books and Heimatfilms. This film shows how deeper-lying levels of consciousness slowly carve out a path to the surface. Narrated by Ruth Beckermann, THE WALDHEIM WALTZ sets the Waldheim affair in a bigger international political context, yet 30 years on, it is dauntingly timely.

News & Interviews for The Waldheim Waltz

View All The Waldheim Waltz News

Critic Reviews for The Waldheim Waltz

How this all played out in terms of the Austrian election will surprise no one, but seeing how much the situation came to prefigure the contemporary house of mirrors in Europe as well as America still comes as something of a shock.

The film may end in 1986, but the darkness it reveals still looms.

A timely and engagingly personal reminder of recent European history.

If it sounds like a dry history lesson, think again.

Beckmann presents a compelling portrait of a once-revered figure forced to come to terms with the sins of his past.

The Waldheim Waltz functions as both an invaluable look at a protest movement fighting against a right-wing political insurgency, and also a call to action, creating a sense of righteous fury and a desire to prevent another Waldheim affair.

[It] speaks even more directly to our current situation...

A powerful film about the importance of remembering our history and holding politicians to account for their actions.

The Waldman Waltz gradually builds outrage at the subterranean persistence of fascism in postwar politics.

Yet another scuzz gets away with murder, elevated to the highest office in the United Nations and in Austria.

There are no featured reviews for The Waldheim Waltz at this time.