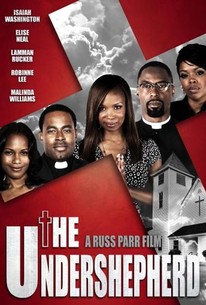 Best friends LC and Roland, two young, ambitious ministers climbing the ranks at the First Baptist Church under the leadership of Pastor Dr. Ezekial Canon, have dreams of taking over the church. The aging pastor stubbornly refuses to step-down forcing the two ministers to make pivotal decisions that ultimately fray the fabric of their deeply-woven friendship. While LC stays with the church and becomes a hugely-popular televangelist, Roland sets out to start his own struggling, grassroots ministry. As his friends and family watch in horror, LC, overcome by money and power, abuses his position until he ultimately falls from grace.

Critic Reviews for The Undershepherd

There are no critic reviews yet for The Undershepherd. Keep checking Rotten Tomatoes for updates!

Audience Reviews for The Undershepherd

There are no featured audience reviews yet. Click the link below to see what others say about The Undershepherd!