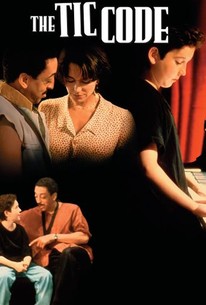 Critics Consensus: Though the story is conventional, it's nonetheless sympathetic and credible.

Critics Consensus: Though the story is conventional, it's nonetheless sympathetic and credible.

Critic Consensus: Though the story is conventional, it's nonetheless sympathetic and credible.

Actress Polly Draper, best known for her role on the TV series thirtysomething, wrote and co-produced this family drama, as well as playing the female lead. Draper plays Laura, a single mother whose ten-year-old son Miles (Christopher Marquette) is already displaying a remarkable gift as a jazz pianist. However, Miles suffers from a mild case Tourette's Syndrome, a disorder that's not life threatening but causes victims to display a series of pronounced physical and facial tics, as well as occasional emotional outbursts. Miles makes friends with two bartenders at a jazz club, who let the kid sneak in to see shows and eventually introduce him to acclaimed jazz saxophonist Tyrone Pike (Gregory Hines). It seems Tyrone and Miles have something in common -- Tyrone also has Tourette's, but unlike Miles he's learned to disguise his condition with a variety of mannerisms, and prefers not to discuss the matter. Tension develops between the two when Tyrone and Laura develop a mutual attraction, which creates tension between the two musicians and forces Tyrone to confront some personal issues he's spent much of his life avoiding. The Tic Code was shown at the Vancouver Reel to Real Festival, the Berlin Film Festival, the Hamptons Film Festival and the Giffoni Film Festival in 1999 before its run on the Starz! premium cable service.

John B. Williams
as Spanky

Michael Wolff
as Engineer 2
View All

Critic Reviews for The Tic Code

For me, it's just a little too restrained, with too many false notes.

The Tic Code is the summer's surprise gift, a loving and humane film that rises above the season's overhyped blockbusters like a flower poking up through the concrete.

Raising it above the usual clichés are the superb jazz music and a sparkling script by lead actress Polly Draper.

It's got more genuine-seeming feelings and a more accurate take on its particular corner of the world than a colosseum of summer blockbusters.

Starts out self-consciously but gets better as it goes along, winding up as affecting as it is illuminating.

This is the loving accomplishment of The Tic Code, to open a door onto the deepest kind of understanding.

While far from terrible, The Tic Code ultimately lacks the sophistication that separates a feature-length film from a TV movie-of-the-week.

The Tic Code is as cute as Tyrone and Miles' spasms, as rote as the melismatic instrumentals that turn up in the movie's nightclubs.

An afterschool special in all but name.

What makes the film engaging are the performances ... appealing secondary characters ... and occasional interventions into its soap operatic formula.

A cut above most.

Audience Reviews for The Tic Code

An interesting story about a musically gifted young boy who also happens to suffer from Tourette's syndrome.