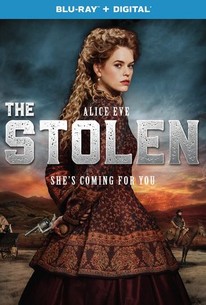 Charlotte Lockton has settled in New Zealand with her wealthy husband, David in 1860. But her life's dreams are shattered when he's murdered on their farm and her baby son is kidnapped. A month after paying a ransom, frustrated with the apathy of the authorities and distrusting her staff, she decides to track him down on her own. And so begins her journey through the wilds of an untamed New Zealand. She's forced to join a convoy of ex-convicts, whores, hustlers and a native Maori warrior heading for the rough mining community of Gold Town. There she meets Joshua McCullen, the owner of the mining town: a man who is key to uncovering the truth behind the disappearance of her son, forcing her to fight to the death for what she holds most dear.

Critic Reviews for The Stolen

The film moves at a snails pace and while it shows off a lot of beautiful scenery, it takes about 30 minutes for something to happen outside of the initial hubbaloo that sets Charlotte off in the first place.

"The Stolen" is pretty much an all-around disaster. The story defies logic at every turn.

Ultimately you'll leave the theatre feeling that plenty more should have been made of its promising set-up.

... The Stolen does have the look of a high-class revenge movie, just one that's sadly let down by predictable plotting and overwrought and off-kilter final act.

A western as inept as it is preposterous.

Audience Reviews for The Stolen

There are no featured audience reviews yet. Click the link below to see what others say about The Stolen!