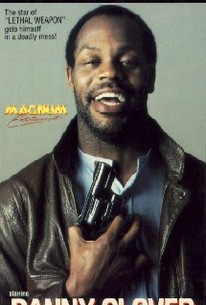 Danny Glover stars in this low-budget comedy-murder story about an equally low-budget film director who kills a scruffy biker (Bob Sarlatte) in self-defense and then takes on the biker's identity. As he struggles to survive in adverse circumstances, the director is dissected by documentarians played by Jane Dornacker and Marc Hayashi. Glover was three years away from super-stardom in his Lethal Weapon series with Mel Gibson when this routine film was released -- the same year, in fact, that the acclaimed The Color Purple came out and brought Glover national and international notice.

Critic Reviews for The Stand-In

There are no critic reviews yet for The Stand-In. Keep checking Rotten Tomatoes for updates!

There are no featured reviews for The Stand-In at this time.