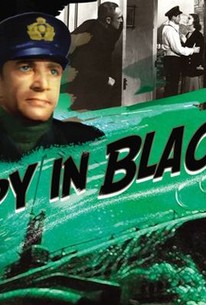 The Spy in Black Photos

The Spy In Black is the story of a German World War I submarine captain (Conrad Veidt) who is given a mission to discover British intelligence secrets. Once he arrives in the Orkney Islands, he meets up with a female schoolteacher (Valerie Hobson), who happens to be a German agent. Veidt falls in love with Hobson before discovering she's actually a double agent for the British. In America, Spy in Black was originally released under the title U-Boat 29.

News & Interviews for The Spy in Black

View All The Spy in Black News

Critic Reviews for The Spy in Black

Veidt has a strong role for which he's admirably suited. Sebastian Shaw is excellent as the English naval officer. Valerie Hobson, as the other spy, is creditable.

Darkness, foreboding and regret, rather than any sense of propaganda, dominate this extraordinarily atmospheric World War I spy story made on the eve of World War II

U-Boat 29 is the most exciting spy melodrama since the advent of the Second World War.

The film is dark and beautifully textured, though not as visually rich as the later, higher-budgeted Powell pictures.

The acting is outstandingly good. Conrad Veidt is brilliant in the lead.

Strong writing combines with striking cinematography and talented direction to make this a satisfying entertainment.

It's a peculiar and rather wonderful mismatch of subject matter and tone that, if not a success at elucidating great moral complexities of war, asks us to take unusual and perhaps unflattering pleasure in old intrigues.

A marvelous B film spy yarn.

The Spy In Black may fall short of being a classic, but you can't argue with just how thought-provoking a film it is -- and it's a gripping, entertaining wartime thriller to boot.

Audience Reviews for The Spy in Black

A solid and fun early British film from Michael Powell, "The Spy in Black" shows his early prowess with the camera. Even though It's considered a B film, the interior and exterior shots are captured surprisingly well and the use of angles adds to the intrigue and secrecy in the film. The movie is about a German submarine captain named Conrad Veidt who receives orders to infiltrate and gather intelligence to destroy a British Fleet. The other spies and people involved in the mission may not be who they seem. The only drawbacks, from an otherwise enjoyable film, was the held back movements and actions of both the Germans and English during crucial scenes. For examples of this look at the woman spy who is alone with the German officer, he literally sits his pistol down to change and she does nothing even though only a few feet away. Aside from the scenes not flowing too realistically, I enjoyed the movie as a whole. If you are into B films or just older British films of the action/suspense genre, this is a solid and entertaining one.

Michael Powell's first collaboration with Pressburger. Whilst clearly not as good as their later works, 'The Spy In Black' is still an entertaining War thriller with enough twists in the plot to keep you interested throughout.

The Spy in Black Quotes