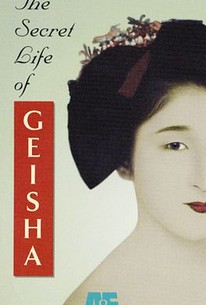 The centuries-old, mysterious Geisha tradition has played a significant part in Japanese society and has long been been held in a place of honor. Geishas have been trained since childhood in music, dance, the arts, formal ceremonies, conversation, and various ways of bolstering and indulging "the male ego." A revered tradition involving women who are meticulously trained, expensively dressed, made up to appear as if they are wearing masks -- and formally devoted to the idea that "Man has done no wrong, man can do no wrong" -- may not easily be understood by many people in modern western society. This program, narrated by Susan Sarandon, gives viewers a look inside the tradition and sorts out some assumptions. Although hired to provide entertainment and company to men, a geisha (the word means "artist") is usually not a prostitute. A historical look is also taken at the impact of geisha's alliances with political figures, the tradition's struggle for survival through World War II and the cultural changes that followed it. Interviews with modern-day geisha and their clients are included. Commentary is also provided by authors Arthur Golden (Memoirs of a Geisha) and Liza Dalby (Geisha).

Critic Reviews for The Secret Life of Geisha

There are no critic reviews yet for The Secret Life of Geisha. Keep checking Rotten Tomatoes for updates!

There are no featured reviews for The Secret Life of Geisha at this time.

The Secret Life of Geisha Quotes