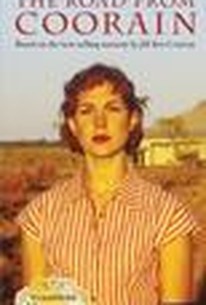 The formative years of celebrated Australian feminist Jill Ker-Conway are recounted in the two-hour TV biopic The Road From Coorain. Growing up in the Outback of New South Wales in the 1930s, Jill chafes under the domination of her mother, Eve (Juliet Stevenson), a prickly relationship that becomes even more so after the death of Jill's father. Though she grows wealthy from various investments, Eve becomes a bitter alcoholic, all but forcing Jill to go out into the world and stand on her own two feet. Drawn into the Australian intellectual renaissance of the 1940s, Jill finds her feminist values challenged when she falls in love with rough-hewn American mining engineer, Alec (Tim Guinee). First telecast in Australia on March 3, 2002, The Road From Coorain was seen in America as an episode of the PBS anthology Masterpiece Theatre on May 13, of that same year. ~ Hal Erickson, Rovi

Critic Reviews for The Road from Coorain

To escape, the daughter, played by Katherine Slattery, had to have been extraordinary, too.

Audience Reviews for The Road from Coorain

Quiet Australian piece about a girl and her family growing up in the Outback, from British roots, different. Her mother (played with verve by Juliet Stevenson) wants more than a shepherd's life for her children and so pushes them, which becomes the source of friction as they grow older. Shown in America as part of PBS' Masterpiece Theater series back in 2002, its a delicate and moving portrayal.

The Road from Coorain Quotes