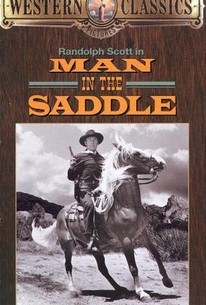 Filmed at the Columbia ranch in ten days in September of 1934, this Tim McCoy Western did not enjoy a wide release until October of 1936, at which time the star had left Columbia in favor of small-time Puritan Pictures. McCoy played cowboy Tim Hamlin who arrives in a town plagued by a gang of cattle rustlers. Obtaining a job at the Ortega Ranch, Tim comes to the aid of the owner, Don Rafael (Carlos De Valdez), who cannot meet his payments to villainous saloon keeper Bonner (Hooper Atchley) because his cattle are being stolen. When Don Rafael is wounded in yet another raid, Tim, whose horse is found sweaty from a hard ride, is suspected of the attack and forced to flee a group of vengeful vigilantes. Bonner's chief lieutenant, Ed Walton (Alden Chase), is willing to help the Ortegas if only Dolores Ortega (Sheila Manners) agrees to marry him. Arrested by Town Marshal Willoughby (Joe Sawyer), Tim manages to escape and force Bonner to confess. Willoughby arrives to arrest the villains and Tim is free to romance lovely Dolores. The Prescott Kid was one of nine McCoy Westerns directed by David Selman, a former assistant director. The film was in all likelihood kept out of wide release in 1934 because Columbia was busy promoting McCoy in a series of (unsuccessful) non-Westerns.

Critic Reviews for The Prescott Kid

There are no critic reviews yet for The Prescott Kid. Keep checking Rotten Tomatoes for updates!

There are no featured reviews for The Prescott Kid at this time.