The Postman Fights Back1981 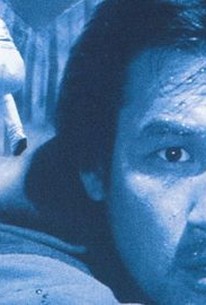 The Postman Fights Back Photos

Chow Yun-Fat stars in this historical drama from Hong Kong. During the Republican era in China, warlords divided the nation and fighting was fierce. But while many of the best soldiers could command a handsome fee for their services, the greatest warrior of them all was a man who would not fight for money.

Critic Reviews for The Postman Fights Back

There are no critic reviews yet for The Postman Fights Back. Keep checking Rotten Tomatoes for updates!

Audience Reviews for The Postman Fights Back

Nice early effort from Ronny Wu has Chow Yun Fat in a co-starring role. Essentially a Kung-Fu road movie as a group of men travel to deliver a mysterious box to the leader of a rebellion, stalked by thieves, revolutionaries, and a mysterious ninja, the group soon learns the secret they carry. Good characters and action scenes, make this worth your viewing.

Great epic adventure of heroism set in the early days of the Chinese Republic, this Hong Kong film is an engaging mix of drama, intrigue and red-blooded fight-action. I thought of Chow Yun-Fat and Leung Kar-Yan are the best fighters as two of four heroes who embark on a secret mission.

The Postman Fights Back Quotes