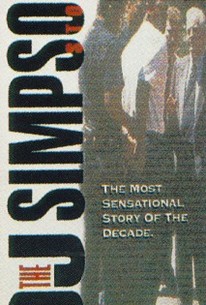 This biopic chronicles the extraordinary life of O.J. Simpson, a former football Hall-of-Famer who in 1994 was accused (and eventually acquitted) of brutally murdering his ex-wife and her friend Ronald Goldman. As the trial was still on-going at the time this sensationalistic film was made, the story ends with Simpson's arrest following the infamous low-speed chase on the Los Angeles freeway. It's interesting to note that the filmmakers were careful to present a balanced look at Simpson so as to leave questions of his innocence or guilt up to the viewer.

There are no critic reviews yet for The O.J. Simpson Story. Keep checking Rotten Tomatoes for updates!

There are no featured reviews for The O.J. Simpson Story at this time.