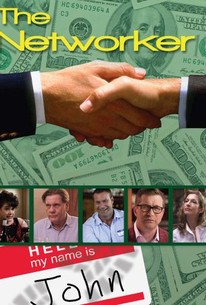 Ladies man and nice guy John Mangano thinks that all is going well at the family printing business, until one day the boss, his dad, reveals that the they're headed for bankruptcy. As a last resort, John is given three months to find a successful business plan, or watch the company go bust and leave him jobless. At the advice of co-worker Nicole, John turns to networking--a skill at which he is absolutely and hilariously inept. However, as he begins to navigate a totally unknown world of frenetic networking meetings and events, he meets a cast of hilarious characters--including an Asian-American with a proclivity to speak Yiddish! As John races the clock, he experiences the ups and downs of generating new business, at times being elated and at others plummeting into deep despair. But inspiration comes from a surprisingly small package--an ingenious idea that, if executed correctly, will be the answer John has been looking for to save the business and find love along the way.

Critic Reviews for The Networker

There are no critic reviews yet for The Networker. Keep checking Rotten Tomatoes for updates!

There are no featured reviews for The Networker at this time.