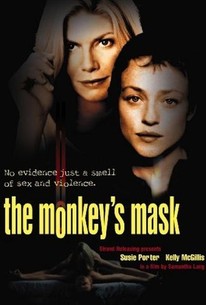 A female detective discovers the dark side of the world of contemporary literature in this unusual thriller from Australia. Mickey (Abbie Cornish) is a brash young female poet who is gaining a potent reputation for her powerful verse about love and sex. When she suddenly disappears, private detective Jill Fitzpatrick (Susie Porter) is hired to help find her. Jill doesn't know much about poetry, so she starts her investigation by tracking down Mickey's teacher and mentor, Diana (Kelly McGillis), to learn more about Mickey and the circles in which she traveled. Jill is a lesbian, and quickly finds herself strongly attracted to Diana; though Diana is married to Nick (Marton Csokas), she finds herself equally infatuated with Jill, and the two are soon having an affair. When Mickey is found murdered, her parents ask Jill to step up the investigation, and Jill digs deeper into the facts of Mickey's life -- learning the young woman was willing to sleep with nearly anyone who could advance her career. She also discovers that the two older male poets with whom Mickey had become involved are not at all eager to answer questions about her disappearance. The Monkey's Mask is based on a mystery novel written in verse form by Dorothy Porter; the novel became an international bestseller and the biggest-selling book of poetry published in Australia since World War II .

John Batchelor
as Steve
View All

Critic Reviews for The Monkey's Mask

Emphasizes sex at the expense of mystery.

The sex scenes between the women do little to advance the story, but they blessedly distract both Jill and the viewer from the thin narrative.

Carries the leaden whiff of the ghosts of thrillers past.

Don't be fooled by the packaging: at the heart of it, it's a pedestrian detective thriller that doesn't have much going for it in terms of originality.

The mystery story seemed drained of any suspense.

You Should Pay Nine Bucks to See This: If you hate poetry. It will make your prejudice seem justified.

The film, with lurid and kinky elements familiar to those who remember Dario Argento or Radley Metzger, provides slumming without guilt.

[The film] is about nudity and bad poetry -- really bad poetry. The nudity is in the context of a lesbian affair that's about as convincing as a Playboy photo shoot.

Audience Reviews for The Monkey's Mask

Echos the traditions of a film noir. Susie Porter plays private investigator Jill Fitzpatrick hired to find clues to the murder of a young girl who(at the time) went to poetry sessions. Porter's character falls in love with a suspect (Kelly McGillis) who happens to be a teacher of poetry. The film has a decent amount of titilation but the narrative stays together and I really admired Susie Porter's performance. "The Monkey's Mask" sort of drags and sometimes the film does feel like it wants to focus more on titilation rather then the heart of the story and it's characters. Nonetheless, TM'sM is not a long film and goes by fast, it's shot really well and for what it's worth, kept me somewhat interested.