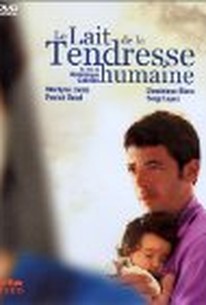 A woman discovers that the joys of parenthood are not making her especially happy in this dark comedy/drama. Christelle (Marilyne Canto) is a new mother who isn't dealing well with the anxieties of caring for her child. One day, she suffers a severe panic attack while alone with the baby, and her neighbor, Claire (Dominique Blanc), takes her and her baby over to her apartment while trying to soothe her nerves. Christelle's husband, Laurent (Patrick Bruel), arrives home to discover both his wife and child missing and goes frantically searching for them, unaware they're in the apartment next door. Before he can find them, Laurent has to leave to have lunch with several members of the family, including his brother and his wife, who also happens to be Christelle's sister. Tempers begin to fray, and Laurent ends up in a shouting match with his family as he is forced to declare his own shortcomings as a husband and father. Meanwhile, as Claire tries to calm Christelle, she reveals that she's having her own problems -- Claire has been having an affair with a married man (Sergi Lopez). Le Lait de la Tendresse Humaine was written and directed by Dominique Cabrera, who previously explored her own problems with depression and anxiety following the birth of a child in the documentary Demain et Encore Demain.

Jacques Boudet
as The Father

Edmée Doroszlai
as Véronique
View All

There are no critic reviews yet for Le lait de la tendresse humaine (The Milk of Human Kindness). Keep checking Rotten Tomatoes for updates!

There are no featured reviews for Le lait de la tendresse humaine (The Milk of Human Kindness) at this time.