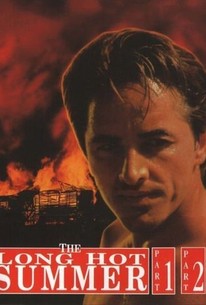 The made-for-TV The Long Hot Summer was based on the 1958 theatrical film of the same name-which, in turn, was based on two William Faulkner short stories. Don Johnson plays Ben Quick, a Southern drifter who is under suspicion as a "barn burner." Ben secures a job at the Mississippi mansion of town-boss Will Varner (Jason Robards). Varner's daughter Noel (Judith Ivey) and daughter-in-law Eula (Cybill Shepherd) vie for the handsome Ben's attention, while the patriarch's weakling son Jody (William Russ) seethes. When a few local barns are burned, Ben is the primary suspect-and no one is more suspicious than Noel. A murder trial and lynch mob both figure into the second half of the two-part The Long Hot Summer; the film originally aired October 6 and 7, 1985.

Jason Robards
as Will Varner

There are no critic reviews yet for The Long Hot Summer. Keep checking Rotten Tomatoes for updates!

There are no featured audience reviews yet. Click the link below to see what others say about The Long Hot Summer!