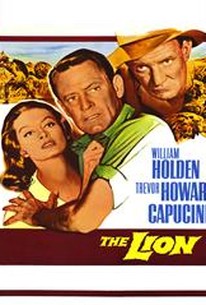 This exciting jungle drama opens with attorney Robert Hayward (William Holden) arriving from New York and into the Kirinyaga Game Reserve in Kenya. His ex-wife Christine (Capucine) is concerned that their daughter Tina (Pamela Franklin) has become too involved with the jungle animals, in particular the lion king Zamba. Tina has raised Zamba from a cub, and the inquisitive girl possesses a love for wildlife that her mother finds disturbing. Christine's current husband is rugged big game warden John Bullit (Trevor Howard), who finds Robert's arrival even more disturbing than ferocious animals or relentless jungle drums. When a tribal elder is left to die (the native custom), his son is elected chief in a colorful tribal ceremony. Robert can't stand to see the old man perish. He saves the grateful old man and returns him to the tribe. Now the natives are really restless, and the irate tribe prepares for war to drive the white people from their land. The adults temporarily put aside their differences and prepare for the tribal assault.

Christopher Agunda
as Elder of Masai
View All

Critic Reviews for The Lion

One is left in the unsatisfactory state of having warm sympathy for the wrong people.

There are no featured reviews for The Lion at this time.