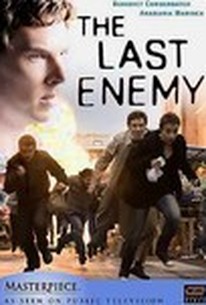 Benedict Cumberbatch, Max Beesley, and Anamaria Marinca headline this chilling "Masterpiece" production concerning a brilliant mathematician, who is inadvertently drawn into becoming the public face of a massive database designed to track and control the citizens of England. Stephen Ezard is working in China when he receives word that his brother Michael, a benevolent aid worker, has been killed in Afghanistan by a landmine. Returning to England to attend Michael's funeral, Stephen is deeply disturbed to discover just how much his home country has changed since he left to work abroad many years ago. Over the course of those years, Stephen and Michael grew apart, and now the discovery that London has become a police state causes the reclusive genius to wonder just what the world is coming to. After falling in love with his brother's widow Yasim, Stephen is recruited by the government to be the spokesperson for a massive super-database designed to help the government follow the actions and movements of every man, woman, and child in England. As the conspiracy winds ever deeper, and Stephen's paranoia swells, he begins to suspect that no one is who they seem to be. His ability to trust completely eroded, Stephen realizes that it's too late for turning back, and that personal freedom is little more than a distant memory. ~ Jason Buchanan, Rovi

Critic Reviews for The Last Enemy

The British really know how to do political thrillers right. The superb acting, the good pacing and the sharp writing make this five episode mini-series fly by.

Audience Reviews for The Last Enemy

There are no featured audience reviews yet. Click the link below to see what others say about The Last Enemy!