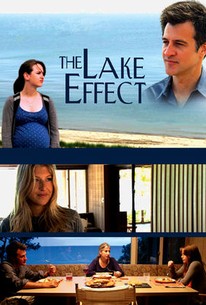 Success-driven forty-something Rob Lawson (Ross Partridge) finds his carefree life turned upside down by the sudden appearance of his estranged, pregnant teenage daughter Celia (Kay Panabaker) in director Tara Miele's poignant comedy drama. Rob has no interest in being a father. Though his younger wife Natalie has been pondering the prospect of motherhood, Rob is far too narcissistic to be truly nurturing. So it's quite an unexpected shock when Rob's pregnant daughter Celia shows up with looking for a place to stay, and reveals that the doctor has advised her to avoid travel. Meanwhile, as Rob wrestles with the fact that he's about to become a grandfather, Natalie makes it her mission to ensure Celia is well cared for. But in order to give her child a promising future, Celia will need some fatherly support.

Critic Reviews for The Lake Effect

There are no critic reviews yet for The Lake Effect. Keep checking Rotten Tomatoes for updates!

Audience Reviews for The Lake Effect

"For this to be an indie flick with mostly unknown actors it was pretty good. I liked the characters and felt like those of us raising teenagers can relate. That fear of watching your child not only turn into the bad parts of you, but also making the same mistakes you did. It's like watching yourself relive it all over again through your child. Not a fun experience. Enjoyable and worth a watch if your indie flick movie kind of person like myself."