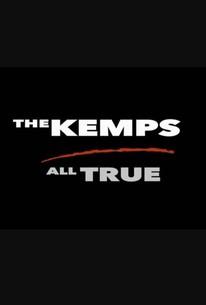 The Kemps: All True Photos

Rhys Thomas interviews the Gary and Martin Kemp about their lives and careers following Spandau Ballet's 40th anniversary celebrations. As well as looking back at their musical history, the film reveals Gary and Martin's other passions. Martin attempts to launch new film franchise The Hardest British Bastards of the Galaxy, and Gary has his own vegan meat-substitute, Wonge.

Gary Kemp
as Self

Martin Kemp
as Self

Christopher Eccleston
as Self

Alan Ford
as Self

Michael Kitchen
as Self

Daniel Mays
as Self

Critic Reviews for The Kemps: All True

When the Kemps feuded, their rows were scripted by others and, doubtless, copy-approved by the brothers.

It's mad, uneven and sometimes hilarious.

It was difficult to see where the comedy would come from - certainly not from the script, written by the comedian Rhys Thomas, which was only funny on the rare occasion it stopped trying.

There are some cheeky cameos, with Danny Mays and Christopher Eccleston among those pushing through the barricades of bad taste, but it's hard to escape the feeling that this is a diamond idea for a sketch stretched almost to breaking point.

In the end this was more self-promotion than self-mockery.

There are no featured reviews for The Kemps: All True at this time.

The Kemps: All True Quotes