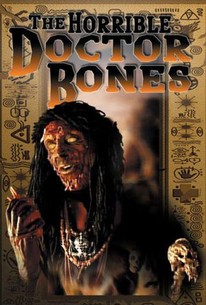 In this hip-hop slanted horror opus, a group of stuggling rap musicians think they've gotten their big break when they're tapped to record with star-making producer Dr. Bones. But the rappers soon learn that Dr. Bones has more than music on his mind; he's using their music to turn listeners into zombies -- and then force his willing slaves to join him in a bid to take over the world! Veteran comic actor Darrow Igus stars alongside newcomer Larry Bates and Sarah Scott.

Nathaniel Lamar
as Maxie
View All

I'll resist the urge to make a pun about how "horrible" this film is - although it is pretty bad.

There are no featured audience reviews yet. Click the link below to see what others say about The Horrible Dr. Bones!