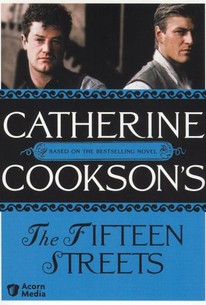 The story of a poor man who falls in love with a well-to-do woman is told in this British made-for-television movie. Owen Teale stars as John O'Brien, a turn-of-the-century working-class stiff who falls in love with Mary Llewellyn (Clare Holman), the educated daughter of a wealthy family. Despite the differences in class and upbringing, Mary steadfastly refuses to let their love be hampered by social pressures. This drama is based on the novel of the same name by Catherine Cookson.

Critic Reviews for The Fifteen Streets

There are no critic reviews yet for The Fifteen Streets. Keep checking Rotten Tomatoes for updates!

Audience Reviews for The Fifteen Streets

There are no featured audience reviews yet. Click the link below to see what others say about The Fifteen Streets!