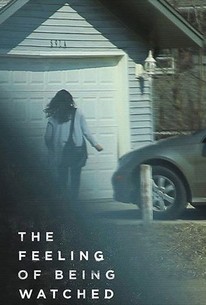 The Feeling of Being Watched Photos

In the Arab-American neighborhood outside of Chicago where director Assia Boundaoui grew up, most of her neighbors think they have been under surveillance for over a decade. While investigating their experiences, Assia uncovers tens of thousands of pages of FBI documents that prove her hometown was the subject of one of the largest counterterrorism investigations ever conducted in the U.S. before 9/11, code-named "Operation Vulgar Betrayal." With unprecedented access, The Feeling of Being Watched weaves the personal and the political as it follows the filmmaker's examination of why her community fell under blanket government surveillance. Assia struggles to disrupt the government secrecy shrouding what happened and takes the FBI to federal court to compel them to make the records they collected about her community public. In the process, she confronts long-hidden truths about the FBI's relationship to her community. The Feeling of Being Watched follows Assia as she pieces together this secret FBI operation, while grappling with the effects of a lifetime of surveillance on herself and her family.

Critic Reviews for The Feeling of Being Watched

A quietly unsettling first-person doc,The Feeling of Being Watched proceeds as a head-on exploration of the gray area between fear and certainty.

Expanding its scope beyond Bridgeview and Islamophobia, it looks at the larger question of how the United States government has targeted minority groups throughout its history.

This should be required viewing for all Americans, but especially those who think they couldn't possibly be living in a surveillance state.

Equal parts angry and anxious, Boundaoui's smart, unsettling documentary functions both as a real-world conspiracy thriller and a personal reflection on the psychological strain of being made to feel an outsider in one's own home.

Boundaoui's exposé of her own near-Sisyphean quest for justice is a searing snapshot of an ongoing battle with seemingly no end in sight.

The [film] is like an introductory handbook peeling back the layers on our government's activities to show how they willfully complicate our methods of keeping them in check.

An engrossing, multifaceted portrait centering on a community that exists somewhere between paranoia and reality.

Ethnic and religious prejudices within the FBI aren't gone by the end of The Feeling of Being Watched, but it's heartening to know that there's people like Assia Boundaoui and Bridgeview's supportive community tackling it on the frontlines.

This is [Assia] Boundaoui's second film and her style is straightforward and undecorative but, if anything, this adds weight to what she has to say.

An astounding, disheartening and occasionally messy bit of docu-journalism, The Feeling Of Being Watched feels like a profound act of patriotism poised to make waves.

In addressing our concerns via not just feeling but action too, [director Assia Boundaoui] takes into her own hands the very notion of being watched - and with a level of boldness we'd all do well to emulate.

It is how this unspoken unease is expressed that makes the film most haunting, and whether the filmmaker intended for it or not, makes for essential viewing.

There are no featured reviews for The Feeling of Being Watched at this time.

The Feeling of Being Watched Quotes