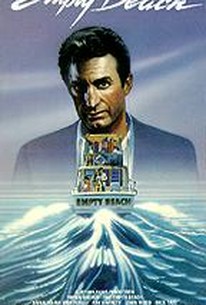 Empty Beach brings Australian novelist Peter Corris' detective hero Cliff Hardy to the big screen. F/X star Bryan Brown plays Hardy, who this time around is hired to confirm or disprove the reported death of a millionaire. Hardy confers with journalist Brian Henneberry (Clifford Tate), who has some potentially explosive evidence -- and who, inevitably, is murdered before he can talk. The trail of evidence runs hot and cold, thanks to a gaggle of suspects and hangers-on who aren't revealing everything that they know. Co-starring in Empty Beach is Anna Maria Monticelli, aka Anna Jemison. ~ Hal Erickson, Rovi

Brian Anderson
as Clyde
View All

Critic Reviews for The Empty Beach

There are no critic reviews yet for The Empty Beach. Keep checking Rotten Tomatoes for updates!

There are no featured reviews for The Empty Beach at this time.