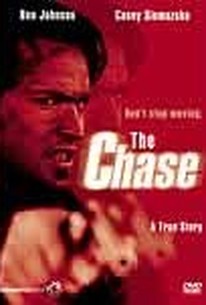 After robbing a bank, killing a cop and abducting an old man, Phillip Hutchinson (Casey Siemaszko) gets sent to a Texas penitentiary -- but it doesn't take long for him to escape. While he's on the run, a series of strangers reaps the consequences of Hutchinson's fugitive acts. Based on a true story, this made-for-television drama co-stars Ricki Lake as an insecure bank teller and Megan Follows as a pregnant drug addict.

Critic Reviews for The Chase

There are no critic reviews yet for The Chase. Keep checking Rotten Tomatoes for updates!

There are no featured reviews for The Chase at this time.