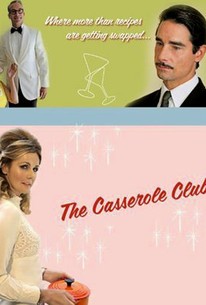 This searing period drama from director Steve Balderson takes place in a 1960s suburb. It begins on a relatively light note, as a group of housewives form a recipe club and hold dinners with their husbands, competing with one another to make the most enjoyable casserole. The mood turns more sobering, however, when competition devolves into flirtation and kinkiness that strip bare all social pretenses and threaten to rip the fast friends apart for good. Kevin Scott Richardson, Susan Traylor and Daniela Sea co-star.

Critic Reviews for The Casserole Club

There are no critic reviews yet for The Casserole Club. Keep checking Rotten Tomatoes for updates!

Audience Reviews for The Casserole Club

There are no featured audience reviews yet. Click the link below to see what others say about The Casserole Club!