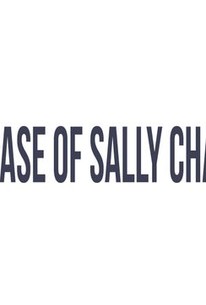 In 2010 in Surrey, mother-of-two Sally Challen bludgeoned her husband Richard to death as he sat eating lunch at the kitchen table. She covered his body in a pair of old curtains, a note that said 'I love you', and was later arrested at the notorious suicide spot of Beachy Head. No-one at her trial, including her close family and friends, were surprised when the jury found her unanimously guilty of murder. This year, Sally's widely reported appeal against her conviction gripped the newspapers and the nation. Sally's new defence lawyers argued that she was the victim of Richard's 'coercive control', a newly understood type of psychological abuse, and that she should be in prison for manslaughter, not murder. It is the first time that coercive control has been presented to the courts as a partial defence to murder.

Critic Reviews for The Case of Sally Challen

The film delved deeper than most into the intricacies of the case, and the main players' psyches, tracing the filaments of each without becoming either tangled up or intrusive.

Bit by bit, the film meticulously built the case for the defence, as her lawyers set out to explain how a housewife with no history of violence could commit such a horrific act.

Ever wondered who would frequent a brothel where there are trafficked women? Wealthy car dealership owner Richard Challen was That Guy. This gripping documentary follows the course of the appeal and the specific challenges her legal team faced.

It was an excellent, meticulous film about a tragedy in which there were no winners, only losers.

The Case of Sally Challen unravelled, with patience and a refreshing absence of sentimentality, the story of a wife who murdered her husband.

This case may represent a legal landmark, but there was nothing to celebrate.

There are no featured reviews for The Case of Sally Challen at this time.

The Case of Sally Challen Quotes