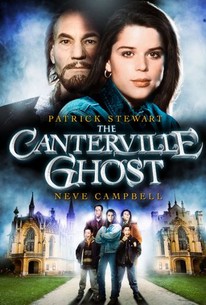 A teenage girl sets out to help the ghost haunting her family in this made-for-television adaption of Oscar Wilde's story. Neve Campbell stars as Ginny Otis, the daughter in a family who has recently relocated to the haunted Canterville Hall. Initially unhappy about the move and then frightened by ghost sightings and strange happenings, Ginny later changes her tune when she befriends the cursed spirit (Patrick Stewart).

Rolf Saxon
as Hiram B. Otis

Critic Reviews for The Canterville Ghost

There are no critic reviews yet for The Canterville Ghost. Keep checking Rotten Tomatoes for updates!

There are no featured reviews for The Canterville Ghost at this time.