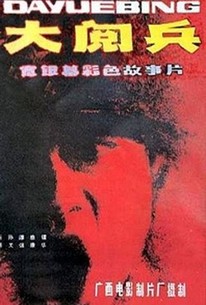 A battle-toughened Chinese drill sergeant is assigned to whip a ragtag group of raw recruits into a perfect marching unit in this sophomore feature film by noted filmmaker Chen Kaige whose best-known film was the highly acclaimed Yellow Earth. The soldiers in this film are getting ready to participate in a Beijing celebration of China's National Day. At first the diverse assortment of recruits find they have one thing in common-- their hatred of their harsh leader, but in time they come to respect him and realize that his strictness is a form of genuine caring and that he is not about to let anyone be denied the great honor of participating in the parade. Still it is not an easy road for anyone as they all are forced to reexamine their notions of individuality and of working in a group in contemporary China. Just before the exquisitely photographed film was to be released in 1985, the Chinese government felt this underlying theme too subversive and the film didn't come out until 1987. ~ Sandra Brennan, Rovi

You may not be moved to join up, but you can't help coming away with a more direct understanding of the message of collecive effort that the Chinese authorities are trying to drum into their countrymen.

There are no featured reviews for The Big Parade (Da yue bing) at this time.