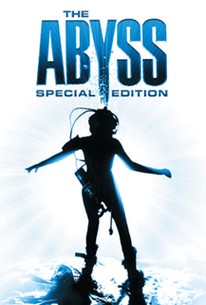 A civilian oil rig crew is recruited to conduct a search and rescue effort when a nuclear submarine mysteriously sinks. One diver (Ed Harris) soon finds himself on a spectacular odyssey 25,000 feet below the ocean's surface where he confronts a mysterious force that has the power to change the world or destroy it. The Abyss is written and directed by James Cameron and produced by Gale Anne Hurd, the team responsible for The Terminator and the Oscar-winning Aliens.

There are no critic reviews yet for The Abyss (Special Edition). Keep checking Rotten Tomatoes for updates!

There are no featured audience reviews yet. Click the link below to see what others say about The Abyss (Special Edition)!