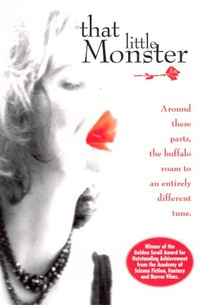 Paul Bunnell's horror film That Little Monster stars Melissa Baum as Jamie, a student studying abroad who begins the film interviewing for a nanny position. She gets the job, but soon discovers that strange things are occurring with the child, the family, and their house. She soon begins to fear for her life. The film was shot in a way that pays tribute to the Universal horror films of the '30s.

Critic Reviews for That Little Monster

Audience Reviews for That Little Monster

There are no featured audience reviews yet. Click the link below to see what others say about That Little Monster!