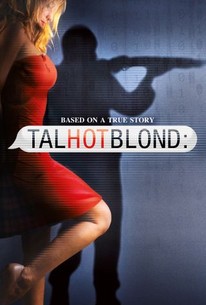 Inspired by the chilling real-life cast of Thomas Montgomery, this made-for-television drama from producer/director Courteney Cox serves as a cautionary tale about trusting strangers on the internet. Montgomery was a family man fast-approaching 50 when he began chatting with an online stranger who claimed to be a gorgeous teenage girl. Infatuated with the pictures she had sent to him, he claimed to be an 18-year-old Marine recruit who was on his way to boot camp. Before long, Montgomery and his internet chat partner were engaging in intense rounds of cyber sex. But when the mysterious internet beauty turned her affections toward one of Tommy's co-workers, the stage is set for a deadly confrontation fueled by deception and desire.

There are no critic reviews yet for Tall Hot Blonde. Keep checking Rotten Tomatoes for updates!

There are no featured reviews for Tall Hot Blonde at this time.