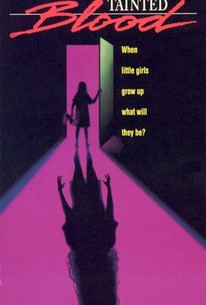 Raquel Welch plays a writer working on a project about children who are genetically predisposed for violence--specifically, homicide. To gather real-life examples, she focuses on finding the daughter of a woman who murdered her own parents. The girl also happens to have a twin brother who did the same to his adoptive parents. Introduced in the curvy plot are two adoptive daughters of two separate families living in the same neighborhood; one of whom is the daughter in question.

Lewis Arquette
as Artie
View All

In Welch lies most of the bad acting - as she incredibly evolves under Matthew Patrick's telegraphed direction from callous and uncaring to concerned and responsible.

There are no featured reviews for Tainted Blood at this time.