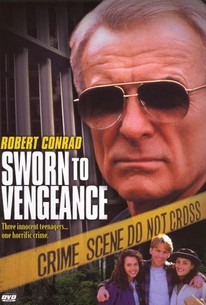 Robert Conrad, William McNamara, and Sharon Farrell star in this crime drama about a police detective assigned to investigate the brutal murders of three children. With few leads but an iron will to put the killer behind bars, the detective is willing to do almost anything, including listening to a woman who claims to have psychic powers and has been visited with visions of the crime.

Critic Reviews for Sworn to Vengeance

Pic is somewhat slow-paced, with grisly murder saved for a flashback at show's end.

There are no featured reviews for Sworn to Vengeance at this time.