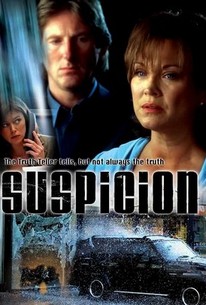 Adrian Dunbar and Amanda Redman co-star in Peter Whalley's tense psychological thriller Suspicion, which originally debuted on Granada Television in Great Britain. The Byzantine plot begins when Carol (Redman) receives an anonymous email message one afternoon, informing her that her husband, Mark (Dunbar) is philandering with his secretary. When confronted, Mark denies the claim and pins the message on a disgruntled former employee, whom he recently fired, but the emails persist over the next several days. Matters grow direr when the secretary turns up dead - and authorities arrest Carol as the chief suspect. The cast also features Adam Kotz and Saskia Reeves. ~ Nathan Southern, Rovi

There are no critic reviews yet for Suspicion. Keep checking Rotten Tomatoes for updates!

There are no featured reviews for Suspicion at this time.