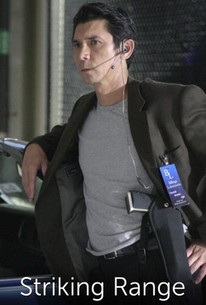 The next generation of weaponry is here, and when Ted Billings (Glenn Morshower) goes toe-to-toe with a murderous group of terrorists who are willing to do anything and everything to possess such power, it's going to take a small army to ensure the safety of the entire planet. Billings has turned traitor to some of the most feared men alive, and if Vice President of Security Emily Johnson (Yancy Butler) and her mercenary ex-boyfriend Eugene "Vash" Vasher (Lou Diamond Phillips) don't act fast, Billings will soon be dead. Thankfully for Billings, "Vash" is the best in the business. Now, as the fearless freelance soldier gathers a talented team of weapons experts and experienced troops to protect Billings despite their personal distaste for the man, the fight is on for a secret that could revolutionize modern warfare. As bullets fly from every side and loyalties are tested by greed and survival instinct, the race is on to ensure that this groundbreaking weapon doesn't fall into the wrong hands.

Scott Roland
as Clynt
View All

...possesses an unmistakable air of ineptness that's evident right from the get-go...

Dull "full-throttle" action thriller, but I was surprised that I haven't seen Jeff Speakman for a long time since 1997's Scorpion One, but he looks little overweight now.