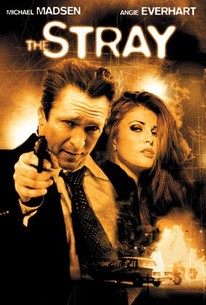 A woman's compassion may be her downfall in this suspense drama. Kate (Angie Everhart) is a wealthy woman who runs a successful restaurant and is involved with the rough-edged but well-meaning Ben (Michael Madsen). One day, Kate's car hits Gil (Stefan Lysenko), a homeless man who was crossing the street. Kate is mortified and takes Gil to the hospital; when she learns that Gil has nowhere to go, she offers, over Ben's strong objections, to let him stay at her estate as he recuperates. As Gil recovers, Kate finds herself becoming attracted to the interesting stranger, but Ben soon learns that Gil has a few secrets that set him apart from just another guy who will work for food. The Stray was the first feature film directed by former editor Kevin Mock.

Critic Reviews for The Stray

There are no critic reviews yet for The Stray. Keep checking Rotten Tomatoes for updates!

There are no featured reviews for The Stray at this time.