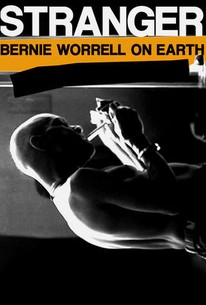 Bernie Worrell was a musical prodigy, writing piano concertos at the age of eight, and was groomed by his mother for a career as a classical pianist. But Worrell had other ideas, and he began hanging out with some guys from the neighborhood who had formed a rhythm and blues band. In time, that band evolved into Funkadelic and Parliament, two of the most influential funk acts of the Seventies, and Worrell's ambitious and visionary use of synthesizers changed the way electronic keyboards were used in popular music. Worrell later helped craft the rich, funky sound of the expanded version of Talking Heads, and performed memorably in the classic concert movie Stop Making Sense. Since then, Worrell has earned a reputation as a musician's musician, playing with everyone from Keith Richards, Herb Alpert and Buddy Guy to Mos Def, Gov't Mule and Fela Kuti. However, the same idiosyncratic talents that has made Worrell a highly respected name among fellow players has kept him from earning mainstream stardom, and Stranger: Bernie Worrell On Earth is a documentary that profiles his life and career while also examining how even a genius has to find a way to make a living. Stranger includes interviews with a number of Worrell's colleagues and admirers, among them David Byrne, George Clinton, Bootsy Collins, Bill Laswell and Warren Haynes.

There are no critic reviews yet for Stranger: Bernie Worrell on Earth. Keep checking Rotten Tomatoes for updates!

There are no featured reviews for Stranger: Bernie Worrell on Earth at this time.