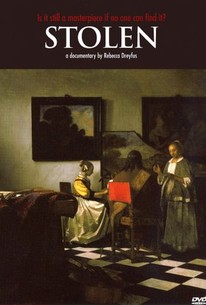 Critics Consensus: A real-life whodunit with colorful characters, especially art detective Harold Smith, this documentary is a fascinating peek into the world of art collecting.

Critics Consensus: A real-life whodunit with colorful characters, especially art detective Harold Smith, this documentary is a fascinating peek into the world of art collecting.

Critic Consensus: A real-life whodunit with colorful characters, especially art detective Harold Smith, this documentary is a fascinating peek into the world of art collecting.

The most elaborate and successful art heist in modern history is detailed in filmmaker Rebecca Dreyfus' cinematic account of the daring raid on Boston's Isabella Stewart Gardner museum staged in the early morning hours of St. Patrick's Day, 1990. By the time the ruse of the well-organized and cleverly disguised thieves was discovered, the Isabella Stewart Gardner museum had been stripped of 13 priceless works including Vermeer's "The Gardener" -- one of only 35 works by the master known to currently exist. As respected art detective Harold Smith attempts to uncover the labyrinthine mystery surrounding the bold burglary while dealing with the frightening effects of his lifelong battle with skin cancer, the obsessive efforts of the cunning gumshoe are interwoven with interviews in which contemporary authors ponder the power of Vermeer's impressive body of work. Additional details concerning art collector Isabella Stewart's turn-of-the-century correspondence with personal advisor Bernard Berenson are voiced by actress Blythe Danner and Campbell Scott, respectively, and serve to give a more personal perspective to the investigation while simultaneously putting into context the true value and ultimate fragility of these plundered treasures.

Campbell Scott
as Narrator
View All

In telling the story of an unsolved crime, they use every trick available to awaken and prolong suspense before a payoff that never comes.

Captures a great yearning among many different people across time, all affected by Gardner and her legacy, especially those parts now missing.

That it never quite reaches an 'Aha!' moment is the movie's chief flaw, as we have been set up to expect answers.

In the end, we're treated to an overture of possibilities rather than a satisfying film.

Stolen is an exceptionally gorgeous documentary, with polished visuals and pithy editing.

An unusually thoughtful documentary about one of the modern era's most audacious art thefts.

An entertaining, scattershot affair that promises more than it can deliver.

Stolen is ultimately too lightweight and indecisive -- ironic, for a film ostensibly about people in thrall to an all-consuming passion.

Even though there's no neat resolution, the entire ride is a pleasure.

... a meandering survey of dead ends and colorful theories, interspersed with a dry history lesson that serves as little more than tasteful padding.

There are no featured audience reviews yet. Click the link below to see what others say about Stolen!