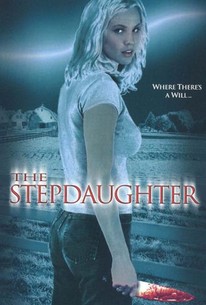 A woman searches for her biological mother with her mind set on murder in this suspense thriller. Susan Miller (Andrea Roth) was born to an unwed mother who felt she would be unable to care for her properly; after being put up for adoption, Susan bounced from one set of abusive foster parents to another. Now grown to adulthood, Susan is beautiful on the outside, but inwardly has been twisted into a violent hatred of her mother, even serving time in a mental institution. Now free, Susan has vowed to track down the woman she believes abandoned her and get her revenge. Susan discovers her birth mother was Maggie Conner (Cindy Pickett), whose husband Jesse (Gil Gerard) operates a successful horse-breeding operation. Susan ingratiates herself with the Connor family, landing a job working at their ranch and moving into their home, but Maggie and Jesse's daughter Linda (Lisa Dean Ryan) senses there's something odd about Susan, and when she uncovers Susan's secret, the whole family is thrown deep into danger. The supporting cast includes Jaimz Woolvet, Matt Farnsworth, and Lee Dawson; director Peter Liapis appears in a supporting role as a plumber.

Matt Farnsworth
as Will

Critic Reviews for The Stepdaughter

There are no critic reviews yet for The Stepdaughter. Keep checking Rotten Tomatoes for updates!

Audience Reviews for The Stepdaughter

This is a direct-to-TV movie with a few plot holes. The title for one - there is no stepdaughter, the doll for another - we never find out why Susan covets that doll so much. But if you like physiological thrillers where you have to figure out what is going on - with a slightly abnormal ending, watch The Stepdaughter.