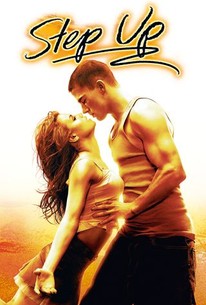 Critics Consensus: This trite teen romance has too little plot and not enough dancing.

Critics Consensus: This trite teen romance has too little plot and not enough dancing.

Critic Consensus: This trite teen romance has too little plot and not enough dancing.

An aspiring ballerina from a wealthy family learns some lessons about both dancing and life from a roughneck with soul in this teen drama. Tyler Gage (Channing Tatum) grew up on the wrong side of the tracks in a rough section of Baltimore, and has been in and out of trouble with the law most of his life. Finding himself before the judge yet again, Tyler is sentenced to 200 hours of community service, and he ends up mopping floors at the Maryland School of the Arts. Tyler catches the eye of Nora (Jenna Dewan), a gifted ballet student who is trying to incorporate hip-hop moves into her classical routines. None of Nora's fellow students seem to be on the same page as her, but Tyler is a talented street dancer with strength, moves, and enthusiasm. Despite the misgivings of the school's administrators, Nora persuades Tyler to team up with her for a major class project. Tyler gains a new self-respect as he gives in to the discipline of the dance academy, but he wonders if this new opportunity means turning his back on who he really is. Matters become all the more complicated when Tyler and Nora realize they're falling in love. Step Up was the first directorial credit for choreographer Anne Fletcher, who designed dance routines for the films Bring It On, She's All That, and Boogie Nights. ~ Mark Deming, Rovi

Eli Worth
as Finale Orchestra

News & Interviews for Step Up

View All Step Up News

Critic Reviews for Step Up

While Tatum has rough charm, Dewan is more dancer than actress.

This is a cliche-ridden movie by people to whom formula is clearly mother's milk.

Fletcher ably blends ballet and hip-hop, but the filming itself is often clumsy, and Tatum's relentless African American impersonation quickly wears out its welcome.

For a movie about dancing, Step Up is pretty clumsy on its feet.

Step Up may sizzle on the dance floor, but when the dancing stops, the film fizzles.

What Step Up lacks in the originality stakes is more than covered by the come-hither chemistry of its majorly attractive leads, Channing Tatum and Jenna Dewan.

There's gotta be something right about a movie when half the audience dances up the theater aisles when it's over.

Displays atypical laziness and tone-deaf direction for a feature concerning the electric boogaloo secrets of the underprivileged.

Even if the picture breaks no new ground, the verve of the actors and their fancy footwork is half the battle.

The dance numbers are high octane, and the characters are likable enough to make us want to hang with them through a plot we've seen so many times before it's like movie muscle memory takes over.

Audience Reviews for Step Up

There are good films, bad films, and then those that you know are not good but you just can't help but enjoy for reasons unknown. "Step Up" is one of those films, because I enjoy how the actors think they are in a serious film, when the emotion and pacing is so cliche that it becomes amusing. Channing Tatum and Jenna Dewan Tatum are great together, but that is probably due to the fact that they fell in love on set and got married in real life. "Step Up" has some of the worst script-writing even with the standards set by this lame story. As a juvenile teenager is forced into community service, he finds an interest in ballet and romance blossoms. This film is very lame, oddly directed, and almost every scene is handled sloppily, but the chemistry saves this film from being utter garbage. In the end, I would almost call this a guilty pleasure, but that would be way too generous.

How do I end up watching these music video films? Channing Tatum is better off just being a model.

Predictable, but an alright movie.