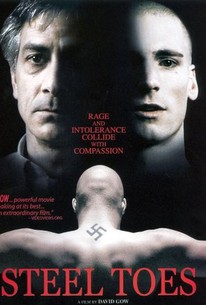 Academy award nominee David Strathairn stars in co-directors David Gow and Mark Adam's fiery tale of a Jewish, court appointed lawyer assigned the task of defending a murderous neo-Nazi skinhead. David Dunkleman (Strathairn) is a Jewish liberal humanist and a lawyer who works for the court system. Mike Downey (Andrew Walker) is a fierce member of the Aryan brotherhood who stands accused of a brutal, racially motivated murder. Now, behind prison walls, these two disparate souls will clash in the ultimate struggle of ideology as Dunkleman boldly attempts top put his professional beliefs before his personal beliefs, and his client clings to the hate that now threatens to consume both men from the inside out .

Ivana Shein
as Jill
View All

Unpleasant courtroom psychological drama that is well-acted and well-meaning but fails in its attempt to be convincing in delivering its humanist message.

Not nearly as intriguing as watching paint dry...

Quite a good movie, the chemistry between David and Andrew is excellent. Though I still feel there was something missing in the movie, it's still is a good movie with some great acting (though some of Mike's scenes seem forced).