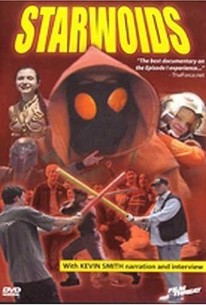 Take a look behind the hype to find out the true meaning of fandom as legions of Star Wars devotees line up for the first new film in the popular sci-fi series in sixteen years in this documentary from filmmaker Dennis Przyara. It was April 7, 1999 and the announcement that the Star Wars: Episode 1 - The Phantom Menace would be opening in a mere forty-two days set the sci-fi community ablaze. As ravenous fans line up on sidewalks more than a month before the film opens to ensure their admission on opening day, Dennis Przyara turns his lens towards the action to capture all the madness and mayhem of Star Wars mania. From the fan who modified her car to resemble an X-wing fighter to a rocking Boba Fett and a group of high schoolers staging a musical based on the series, this look at the George Lucas phenomenon and the fans who can't get enough is a true testament to the unwavering power of the force. ~ Jason Buchanan, Rovi

No matter how much you like Star Wars, the film will leave you feeling relatively healthy and normal.

Regardless of what you think of The Phantom Menace, it's tough to not crack a smile when these hardcore fans finally get their tickets and the lights go down.

There are no featured audience reviews yet. Click the link below to see what others say about Starwoids!