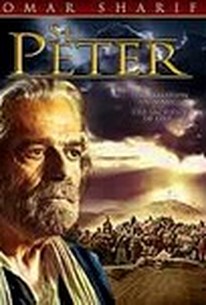 Oscar-nominee Omar Sharif stars as devoted disciple Peter in director Guilio Base's look at the tension that arose between the Christians and Romans following the death and resurrection of Jesus Christ. As the unwavering faith of the disciples makes them the target of persecution in the Roman Empire, Peter begins to realize that in order to prove their loyalty to the word of God the followers of the Christian faith may be forced to endure the same humiliation and suffering that Jesus experienced when crucified on the cross. ~ Jason Buchanan, Rovi

There are no critic reviews yet for St. Peter. Keep checking Rotten Tomatoes for updates!

There are no featured reviews for St. Peter at this time.