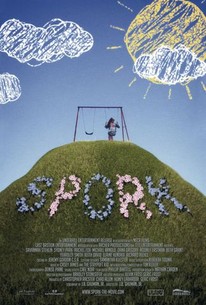 In this offbeat independent comedy, Spork (Savannah Stehlin) is an awkward junior high student with bad skin and worse hair. Spork has one other thing that causes her grief -- a penis. Though she lives as a girl, Spork is a hermaphrodite (hence her nickname -- "not a spoon, not a fork"), and her sexual ambiguity makes her the target of constant bullying by overwrought mean girl Becky Byotch (Rachel G. Fox) and her clique of harpies in training. Things are not much better at home, where orphaned Spork lives with her slobby brother, Spit (Rodney Eastman), and his sedentary girlfriend, Felicia (Elaine Hendrix). Things start to look up for Spork when she makes friends with the highly attitudinal Tootsie Roll (Sydney Park), who embraces her as a fellow outcast in a school of obnoxious conformists, and with the help of Tootsie Roll, overweight Asian Chunk (Kevin Chung) and cheerful Justin Timberlake fan Charlie (Michael William Arnold), Spork learns how to dance and decides to show off her new moves at the school talent show. Spork was the first feature film from actor-turned-writer/director J.B. Ghuman Jr. ~ Mark Deming, Rovi

A potty and potty-mouthed junior-high school musical that is by turns both energetic and slack.

Camp often means a lack of feeling and generalized disdain; not so in "Spork," which has as much heart as "Sixteen Candles."

As uplifting stories of tolerance and self-discovery go, "Spork" has a messy appeal, but it's no "Hairspray."

Ghuman might have managed to salvage the film from its weak script if he'd had a firmer grasp on tone, and a better melding of the mish-mash of pop culture references.

For all its poignancy, "Spork" never loses sight of its goal to be zesty, sharp-witted fun.

A quirky, imaginative and outrageously funny little movie that will speak to more of us than any of us would like to admit.

A laboriously quirky, low-fi coming-of-age comedy that's basically a gender-inverted rip-off of Napoleon Dynamite, plus a few bells and whistles, and minus the tater tots and actual humor.

Proof positive that hermaphrodites are people deserving of Hollywood endings, too!.

Never feels authentically out-there because it still more or less toes the line of every teen comedy from Welcome to the Dollhouse to Mean Girls.

"Glee" has a helluva lot to answer for if it was in any way responsible for this irritating teen mess.

If Napoleon Dynamite's Napoleon and Deb lived happily ever after and had a kid, that kid might be Spork.

I made it 5 minutes into attempting to watch. I just couldn't do it...