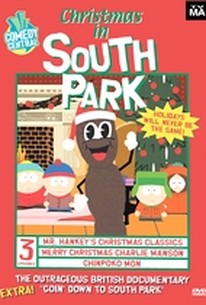 RT on DVD: The Return of Shrek, Miami Vice, and Seagal!

Calling it sophomoric is a compliment.

"Howdy Ho!" Christmas in South Park is a collection of holiday themed episodes that are full of laughs. South Park always seems to come through with clever and interesting spins on pop culture. Never is this more so than in their Christmas episodes. "Mr. Hankey's Christmas Classics" and "Merry Christmas Charlie Manson" are rip-roaringly hilarious episodes. However, the "Chinpoko Mon" episode feels forces and a little out of place (as it's not a Christmas episode). But on the whole, these are three great episodes that combine to make Christmas in South Park a ton of fun and outrageously entertaining.