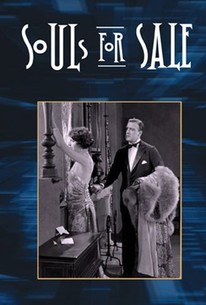 A woman leaves her dishonest husband at a desert train station. Remember Stedden (Eleanor Broadman) comes across a film crew busily involve in production. Actor Tom Holby (Frank Mayo) and director Frank Claymore (Richard Dix) befriend the woman and bring her back to Hollywood. Remember balks at taking a scree test when she recall the lurid rumors surrounding the film industry. She is given a tour of several studios and witnesses actual scenes of Greed being directed by Eric von Stroheim. Her views of the industry change and the screen test leads to stardom. The jilted husband discovers her location and tries to kill her. Remember discovers he is an opportunist who has married several times and his wives have all died mysteriously. Frank battles the villain to protect his new star from death. Barbara LaMarr, Charlie Chaplin, ZaSu Pitts, Lew Cody, and dozens of other stars of the time make cameo appearances. This inside look at the film industry came after several highly publicized scandals painted Hollywood as an immoral cesspool obsessed with sex, drugs, alcohol and murder. The feature served as damage control to the industry much maligned by the public.

News & Interviews for Souls for Sale

View All Souls for Sale News

Critic Reviews for Souls for Sale

There are no critic reviews yet for Souls for Sale. Keep checking Rotten Tomatoes for updates!

Audience Reviews for Souls for Sale

There are no featured audience reviews yet. Click the link below to see what others say about Souls for Sale!