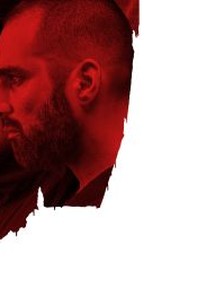 We are approaching the anniversary of a major bomb attack in Copenhagen. The outer wings have become dominant. The radicalization around the country has increased. The next parliamentary election is on the doorstep, and the strongly nationalist politician Martin Nordahl from the newly established party National Movement is predicted a historic landslide victory that can secure him the Prime Minister's post. The 19-year-old Zakaria moves slowly but surely onto a radical and dangerous track that can cost him and his family everything. On his way, he meets Ali, who fights his own battles and bears a deadly secret. While counting down to the most important choice in Denmark in recent times, Zakaria and Ali are forced towards a decisive decision that will have consequences for everyone.

However, the police sequences are clichéd, the plot risible (why hire the most inexperienced assassin to do the most important job?) and the ending far too tidy.

It is a strange film and, having found it initially engaging and even quite exciting, I came away with a strange taste in my mouth.

The operatic emphasis of the soundtrack and an overly obvious denouement further destabilize the balance in an appreciable and powerful attempt. [Full review in Spanish]

Danish film-maker Ulaa Salim's provocative debut tackles the rise of the far right with more righteous passion than many similar films this year.

The ending vigorously semaphores its arrival a mile off. Yet the film touches a nerve.

As a study of how violence begets violence, it speaks powerfully.

The second half of the film is very difficult to watch, but filmmaker Ulaa Salim refuses to pull any punches, keeping the issues intense and horrific without pushing them over the top.

Salim doesn't treat the story and its plots lightly, focusing on how cycles of sociopolitical violence only beget more of the same. A necessary, albeit shocking film.

A film that examines terror-driven violence in all of its most seductive forms.

In many respects, the film serves as a cautionary tale -- not of a dark future, but of a time that's already upon us, which makes Salim's debut feature all the more terrifying and affecting.

There are no featured reviews for Sons of Denmark (Danmarks sønner) at this time.