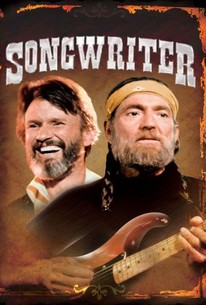 In this easy-going, musically-oriented film, Willie Nelson (Doc Jenkins) and Kris Kristofferson (Blackie Buck) basically play themselves in this story about two songwriters who first performed together when young and are now into separate careers. Doc Jenkins has become a popular country music singer but has run into problems because Rodeo Rocky (Richard C. Sarafian), an executive in the music business, is out to make as much as he can off Jenkins' talent without giving him anything in return. Meanwhile, Blackie is still hustling women and getting into scrapes, but he remains a loyal friend when the going gets tough. Through all his business troubles, Jenkins manages to coach new talent (Lesley Ann Warren) and straighten out his personal life a bit. Songs and music are performed throughout the film.

Eloise Schmitt
as Girl on Bus

Christi Carafano
as Girl in Bed

If you're fans of country music and especially of Willie Nelson and Kris Kristofferson, you should love this free-wheeling road film.

Two of the best songwriters of all time doing what they do best.

There are no featured audience reviews yet. Click the link below to see what others say about Songwriter!