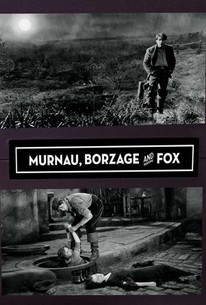 Forty-five-year-old Irish tenor John McCormack made his screen debut in Song o' My Heart. Fans of McCormack would have been satisfied if their idol had simply sung his way through the film's 85 minutes, but Fox Studios insisted on a plotline. The star plays Sean O'Callaghan, a world-renowned singer who gives up his career when his sweetheart Mary O'Brien (Alice Joyce) is forced to marry another. Years later, Mary is deserted by her husband and eventually dies of grief. Still carrying a torch for his lost love, Sean assumes the task of looking after Mary's two children. The kids are played by 11-year-old Tommy Clifford and 19-year-old Maureen O'Sullivan, the latter also making her first film appearance. Lensed partly on location in Ireland, the film provides plenty of opportunity for good old-fashioned blarney, as well as moments of honest sentiment, as when McCormick sings his signature tune "Little Boy Blue" (one of eleven musical highlights). It's hardly a coincidence that Song o' My Heart was released just before St. Patrick's Day, 1930.

There are no critic reviews yet for Song O' My Heart. Keep checking Rotten Tomatoes for updates!

There are no featured audience reviews yet. Click the link below to see what others say about Song O' My Heart!