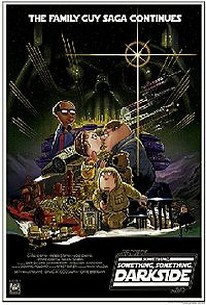 Like the classic Mel Brooks movies, this stands as a neat episode of the series beyond just a spoof of the movie. For both the casual viewer and the fan of either series.

It's so painful to watch so much potential for material be pissed away by short-sighted writers...

Not an improvement or worse than its predeccesor. The parody of The Empire Strikes Back is still full of rude and crude jokes that I have to admit are very funny.